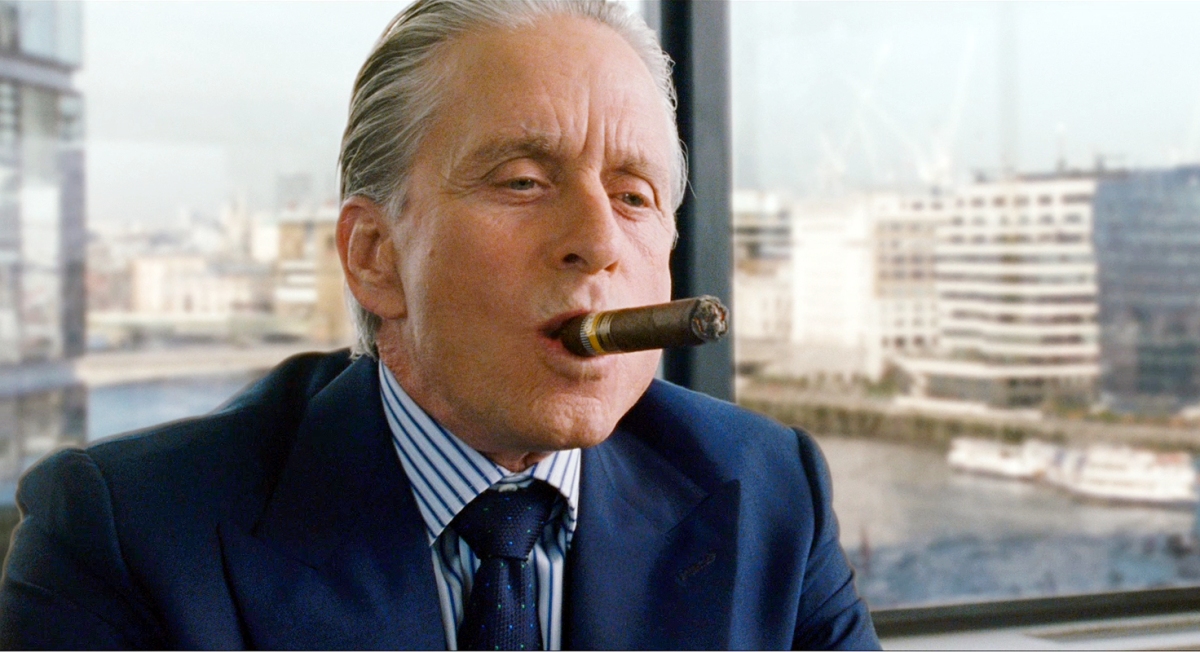 Most people think founders and investors are true partners. This post will tell you it’s rarely so. It will tell you they take advantage of the situation whenever possible. In the process you will hear a famous love story, learn why restaurants hate JustEat and how Japan became an economic superpower. In the end you will understand one of the hardest dilemmas for founders and investors. Understanding is power. Use it.

He held the world’s most powerful object in his hands. Soon everyone would bow to his will. Including a very special person.

He lifted his arms high and placed the crown on his own head. A new emperor was born. The year was 1804. The man was Napoleon Bonaparte.

Nine years earlier, Napoleon had met Josephine. Josephine was sophisticated and beautiful. She knew it. Men wanted her more than she wanted them.

Napoleon was one of many men adoring Josephine. But Napoleon wasn’t special. Or rather, he had not yet become special. From the viewpoint of Josephine, he was just another man with potential.

But Napoleon was determined to prove exactly how special he was. So he embarked on a long and expensive journey of romantic pursuit. And Josephine took advantage. She enjoyed an asymmetric relationship of power. But she later learned it wouldn’t last.

As time went by Josephine felt a change. But what really scared her was this: she knew Napoleon felt it too.

What changed was the power profile of their relationship. In the beginning she held all the power. She had status and beauty. Napoleon had nothing. Just ambition. She didn’t value it much.

But as time went by, her beauty faded. At the same time, Napoleon was transforming ambition into tangible power. He was quickly becoming the most powerful man in France.

During the early pursuit of Josephine, Napoleon was extremely attentive to her needs. He wrote love letters, bought expensive gifts and kept away from other women. Josephine didn’t return the favor. She kept all her admirers and happily received without giving much in return.

But after the power had shifted, Napoleon started taking advantage. He took mistresses and ignored her. Josephine was powerless.

The shifting nature of power asymmetry

Or like countries locked into producer – consumer relationships. US consumers wanted cheap goods. Japan was willing to produce them at low costs. US benefitted in the beginning. Japan grew strong and started outcompeting US companies with Toyota, Mitsubishi and Sony.

Power asymmetry between investors and startups

What happens is this: A startup gets angel funding. Or an institutional seed round. The process is hard. The founders get rejected by almost everyone. In the end someone offers the founders a term sheet. The terms reflect the asymmetry of power. It can be liquidation preferences, options, discounts on valuations, veto rights, board control, getting the startup to pay for due diligence fees etc. The startup often have no choice but to accept the terms. However, many founders never forget the unfairness.

But then sometimes this happens: The startup finds product market fit. A big VC firm approaches the founders. The founders want the new and big investor onboard. But they also want to minimize dilution and loss of control. The founders and new investor meet. And during these meetings the new investor will put the founders in a dilemma.

The founders really want the big investor onboard. And they haven’t forgotten the unfair terms by their first investor. The founders don’t feel they owe the investor anything. In fact, they feel the investor got more than deserved. It’s a dangerous cocktail.

The cocktail creates an impulse. The impulse is to help the new investors get favorable terms in order to secure the deal. Even if this means to disregard the interests of their existing investors.

I have seen it. Many times. I have even participated myself. It’s a systemic part of startups funding. And everyone will experience it at some point. To each actor I will provide the following thoughts:

Founders: The situation reflects fundamental moral. Do you really want to be a person who forgets and even punishes the ones who trusted and believed in you when no one else did? Or will you be someone who put your business partners first and display the grace of caring for their interests as well? Also, do you really want to burn bridges? Earning back the trust of someone who you screwed over is hard.

Early stage investors: The big number of startups seeking seed funding makes it easy to be a jerk. But to provide startups with funding is to provide a service. Good service will make happy customers. Happy customers are good business. Especially if one of these startups grows and meet late stage investors. Wouldn’t it be nice to know that the founders felt a true responsibility to care for your interests because you had treated them fair?

Check out Accelerace. We invest in tech startups

Most people think the world of startups is high tech. This post will tell you it’s primitive. It will tell you startups is where sports were a hundred years ago. It will tell you how founders and investors can improve performance. In the process you will meet a perfect athlete, meet pre-modern entrepreneurs and learn when the word startup was born. In the end, you will be better at startups. Knowledge is power. Use it.

It was the biggest event on the planet. And all eyes were fixed one person. Elmer Niklander from Finland.

Niklander was the Vitruvian Man. His body was 185 cm tall and weighing 79 kilos. It was elegant and perfectly balanced. Like a renaissance sculpture. Every coach had told him he would become a superstar. And now he was.

He bent down and grabbed the 7.260 kilograms. He took a last deep breath. Then he exploded and hurled the ball 14.15 meters. The year was 1920. And the place was the Olympic shot put final in Antwerp.

The false idea of the universal athlete

Elmer Niklander grew up in the early days of competitive sport. When he was 6 years old, the first modern Olympics took place in Athens. And If you had been at the opening ceremony, you would have witnessed something strange.

You would have seen 2,626 athletes from 29 countries come marching in. The strange part: Everyone almost looked the same.

But back then it wasn’t strange. Because until recently, it was believed that sport was a thing. That being good at sport was a function of universal physical coordination. And that coordination was best achieved by a harmonious body with perfect measurements relative to each part. Like the Vitruvian Man. Today we can appreciate the logic. Obviously, it was mistaken.

The recognition of specialized athletes

Shot put impose the biomechanical problem of hurling a dense ball as far as possible. Swimming imposes an entirely different problem. To propel the body though water using minimum energy.

Once the distinct problems of each discipline were understood, the idea of the perfect athletic body faded.

Shot put requires a short explosive motion. That means that the muscle to fat ratio is irrelevant. Fat is mainly a problem for endurance. Good shot putters don’t need a six pack.

When we finally realized that sports were many different things, something counter intuitive happened. Athletes started to look less perfect. Actually a lot less. But, their performance soared!

If you had met Randy Barnes, you would never had guessed he was an athlete. Much less, that he was an Olympic gold medalist.

But, if Randy Barnes had participated in the 1920 Olympics, Elmer Niklander wouldn’t have stood a chance.

The false idea of the universal entrepreneur

The modern tech startup was invented in Silicon Valley in the late 1950’s. However, people didn’t call them startups. That didn’t happen before 1976 when Forbes Magazine first coined the term.

The founders of the modern startup adopted a name for themselves. Or someone gave it to them. A much older term. Entrepreneurs.

Before the modern tech startup, entrepreneurs were not the people we would think of today. Entrepreneurs were businessmen. And back then, most business was trade. Buying and selling goods with a profit. It required an appetite for risk, and skills in negotiation and salesmanship. People who excelled in those things were sometimes referred to as “born entrepreneurs”. It was an ideal. The business version of the Vitruvian Man.

But when the label “entrepreneur” was given to founders of startups, something changed. What changed was the nature of the underlying business. See, startups aren’t trading companies. Trading is a business model. Startups are not. It’s not even a thing. Its many different things. Does it ring a bell? Now you know where I am going.

The problem with the universal entrepreneur

The term “startup” carries no information about what it does. Nor what its business model is. A startup can do anything from deep science, to organizing sharing of goods, to inventing a new currency. It can sell to government, business and consumers. Its products can be software, hardware or living tissue. There are basically no limits. They are all called startups. And everyone starting them are all called entrepreneurs. And herein lies the problem.

The problem is the multitude of business models. Because each business model has specific problems. Getting consumers to buy virtual goods in games is a vastly different problem than navigating corporations to sell enterprise software to executives. Or getting retailers to provide optimal shelf space is a very different from getting an army of telemarketers to perform.

When modern shot putters are so much better than Elmer Niklander, it is because the specific problem of shot put has been understood. The talent scouts know what to look for. The coaches and athletes know what to train.

Our understanding of startups is where sport was in the 1920s. We know that there are disciplines, but we don’t distinguish the specific problems of each discipline well enough. We still believe in the Vitruvian Man.

That means investors favor universal characters. Like Jack Dorsey. A man who can run both Twitter and Square. And anything else he puts his mind to. But wait, that’s what people thought of Elmer Niklander. Including Niklander himself. So he also competed in discus, hammer and javelin.

The recognition of specialized entrepreneurs

Startup fail rates are horrendous. Some people think it’s supposed to be. But it doesn’t.

Most startups don’t compete with each other. It’s not a zero sum game. In fact, most startups could become successful without it being a mathematical problem. The only ones suffering would be the incumbents.

For this reason, increasing the success rate of entrepreneurs is fairly simple. It’s mainly a function of making the entrepreneurs better. How? Well, we know this by now, don’t we?

If I knew, the secret to unlocking a massive improvement in success among startups would be within my power. I don’t. But I have a thesis. The thesis is there are at least 144 different sets of startup disciplines.

I am analyzing each type of startups and the specific set of critical skills needed by the founders. If founders possess those skills and train them, they become Randy Barnes. If you want to follow this work, keep an eye on my blog.